IT TAKES A LOT OF COURAGE TO BUILD FUTURE INNOVATIONS

Over the last few months, we have had the pleasure to watch the positive signals in the economy of the Nordic countries; such as the number of unemployment rate in Sweden or the amount of ongoing recruitments in Finland. There are a lot of factors that affect the strength of economy, but in this article I want to concentrate on digitalization - a phenomenon that is affecting all business sectors changing the existing processes, business models and operating procedures of companies.

During the last few years, the discussion has still been more theoretical than something that can be strongly seen in the everyday business. There are certain companies on the crest of a wave that act as the representatives of digitalization to the wider public. These companies, such as AirBnB, Uber and Amazon, have always been referred to when talking about how "digitalization will change everything". However, in the big picture, the majority of companies have been outside the change, at least on the public eye. I’m definitely looking forward to seeing what innovations companies are building at the moment.

WHAT IT TAKES TO MAKE INVESTMENT DECISIONS IN THE DIGITAL ERA?

Operating in the digital era forces companies to learn new ways of working and thinking. Digital development projects are huge investments for the company. As a result, either a new kind of added value will be created for its customers or the operating processes become more effective with the help of technological possibilities. Both of these options are very desirable, but the thing is that the outcome is estimated based on assumptions and hypothesis. The new way of thinking means in this context that you have to be able to tolerate uncertainty and failure when making decisions of investments. You have to be brave to take a leap of faith towards the unknown.

First of all, making new investments requires a strong belief in a vision. You need to trust in the investment that it will be worthwhile and strongly support the business of the company in the future. The payback time of the investment is difficult to predict and it may vary many times during the process.

Secondly, the process is iterative: the direction of a development project is examined again and again throughout the project. From time to time, as painful as it sounds, it is necessary to ditch the path that was planned and develop the concept in another direction or even start again from zero. Key element is to work together with the future users and make decisions based on their experiences and feedback. The end result may be very different from the plan that was made at the beginning.

A DIGITALIZATION PROJECT – A FANTASTIC SUCCESS OR SOMETHING TO LEARN FROM

The end result of a digital development project may be a concept that brings a competitive edge and completely revolutionizes the existing market – on the other hand, the end result may also be the opposite, in which case the investment is wasted. In this case, all you are left with is experiences and an increased understanding with regard to future projects. The future is developed by experimenting, learning from mistakes and putting trust in the vision – courage is a key word when thinking about the whole process.

The topic has been mapped out by a consultant unit of PwC, for example: in a report carried out in fall 2016, they looked at innovation investments from a global perspective. The report was to do with the one thousand largest companies in the world, as measured by the size of their R&D investments.

At the same time, the increased investments or companies in new technology and the creation of new concepts can be seen strongly in the job markets. There is simply too little of employees with required know-how for digital projects everywhere in the Nordic countries. Indeed, acquiring expertise is one of biggest challenges in the furtherment of projects strived for.

Change does not only affect the starting up of development projects, but it is also very all-encompassing. Change comes from an 'innovation unit' to be a part of the whole company's operating culture – a part of the everyday life of the whole company. Many companies are already far down this road, but in many others they are still on the first, new, partly separate development projects – however, it's great to see in how many companies these first steps have been taken towards new concepts.

Is it perhaps the case that the change towards the positive in the economy may have its roots, in part, in all of us adjusting to a new kind of world? The attitude climate and 'mindset' are very much at the core of what things concretely become part of our everyday life in the future. The strengthened start-up segment will surely support the concretization of this change.

However, the most fundamental change can be seen, due to the scale, particularly in the development of the functions of large companies. The significance of the 'mindset' is also at the very core in this target group because as with a start-up, something new is not leapt into blindly, but instead through the management of regulated change, with courage and trusting in the vision.

Do you have ongoing digital development projects in your organization? Download our free guide: 'The Leader's Guide to Digital Transformation’ and get the best ideas on how to pull through the process successfully! 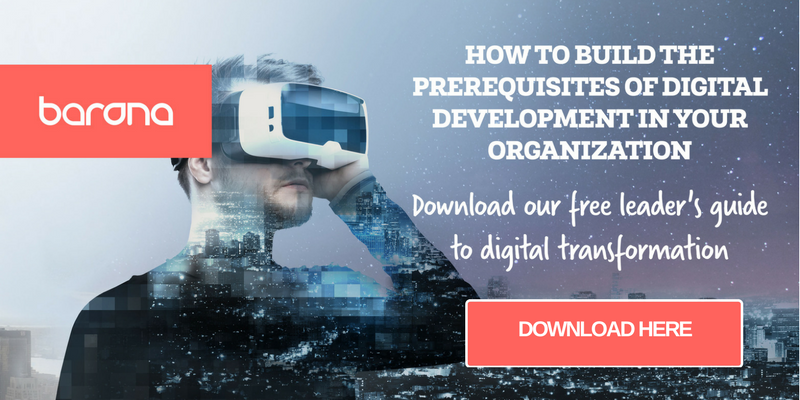 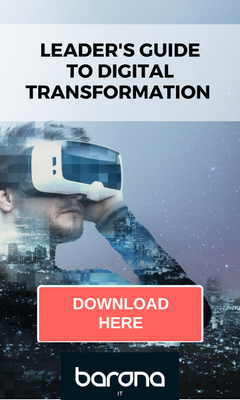 More on this topic

How to solve technical issues before they become problems?

HOW TO BUILD A SUPERIOR CUSTOMER EXPERIENCE IN TECHNICAL SUPPORT?

Ability to learn - the most essential capability of a modern leader